Ten years ago, the powers of Earth and their many solar colonies erupted into vicious, system-wide war. With terrible weapons at their disposal, both sides reduced every planet and moon to irradiated dustballs. Years of mass starvation and deprivation later, survivors strain out a living by scavenging what remains on derelict ships, stations, and bases. We, the "heirs" of Earth, have become vultures of the vast, lonely void. We pick over the carrion of a golden age of plenty, when Humanity had the luxury of building whatever we desired.

I'm a scrapper--a salvage expert, if you want to be polite, but I answer to void vulture, scavvy, kender, station-stripper, magpie, even shitpicker. I draw the line at "junk monkey," though, so watch it. My mates and I board half-destroyed orbital stations, weapons platforms, anything that has some glimmer on it. We bust open the doors, tackle remnant security measures, and plunder whatever's left on the hulk. Sometimes, folks or...things take up residence in these old bones, so we deal with them, too.

Our townships, the people we do this for, never ask questions. They need our salvage to keep flying, eating, and breathing. Maybe someday, if we get enough provisions, we can boost our way to the colonies in Alpha Centauri. Between you, me, and this bottle, though, that's pie-in-the-sky bullshit, a bedtime story to let the kiddies sleep at night. I'll be pretty damn happy if we knock over a planetoid and set ourselves up for the rest of our miserable lives, not have to keep diving in the black. Girl's gotta dream.

Void Vultures is a fast-paced, tactical game of killing space monsters and taking their space stuff. It is powered by the Rulsleit system, a pick-up-and-play set of simple rules. Void Vultures plays in three to four hours for three to seven players. 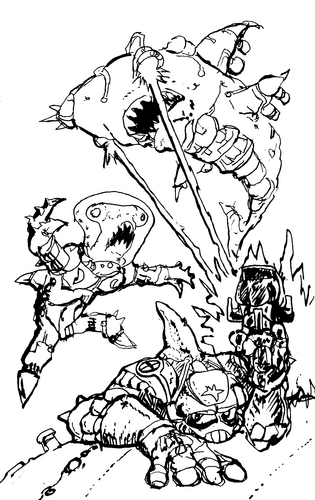 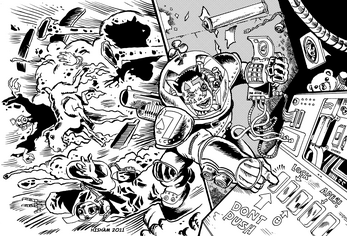 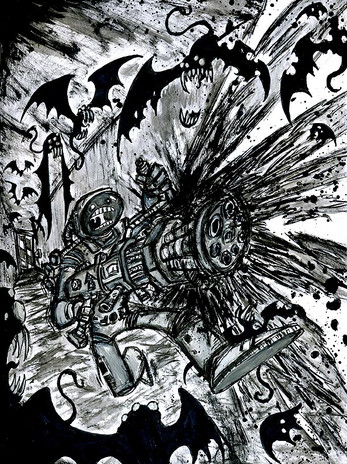 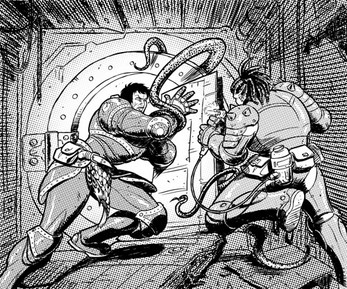