With the Battlements and Dungeon at their backs, our heroes now delve into the mysteriously silent Keep of Tour Toriel.  Its corridors and chambers, chiseled deep into the mountain's bedrock, are filled with traps and secret passages designed to deter invaders just like our heroes.  And in the highest levels of the keep, the surviving castle residents have collapsed into a fevered, jealous worship of a power they don't even understand.

The Cultists' Keep in Tour Toriel features nine encounters ranging from challenges to action sequences, all in 57 pages.  The adventure can be played in one epic session (4-6 hours) or easily divided into two to four shorter sessions.

This campaign is a standalone Cortex game.  All the rules you need to play are included in this and the previous adventures (Dungeon and Battlements).

The Cultists' Keep in Tour Toriel and the rest of the Ascent to Prime campaign is rated PG and E 10+ for fantasy violence.

The Cultists' Keep in Tour Toriel is the third adventure in the Ascent to Prime campaign, which teaches the mechanics of the Cortex Roleplaying Game using an epic megadungeon as its classroom.

The Cultists' Keep focuses on SFX and XP.  SFX are exception-based special tricks that allow players to finagle their dice pools or contribute directly to the store.  Milestones are the players' means to collect experience points to advance their characters' abilities. 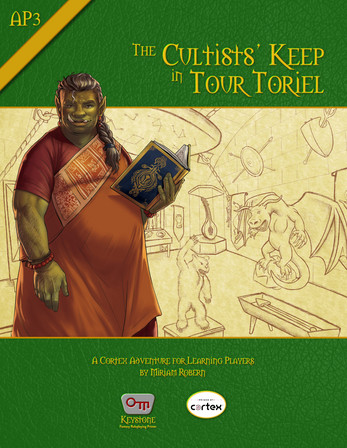 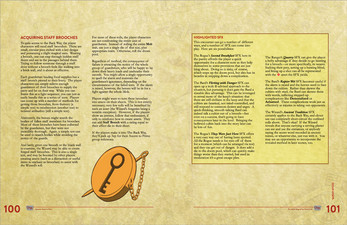 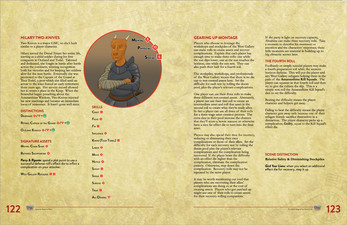