Get this game and 4 more for $60.00 USD
Keystone Fantasy Roleplaying • Ascent to Prime Campaign Bundle
View bundle
Download NowName your own price

Our heroes are out to do the impossible: infiltrate the impregnable fortress of Tour Toriel, climb its endless battlements, and confront its master, the Dread Tyrant.  That conquerer has forced every crown and city to bend its knee to him, and now he has done something high in his tower that spells doom for them all.  A forgotten dungeon entrance at the base of Tour Toriel may be the first step to saving the world...

The Dungeon Beneath Tour Toriel features eight encounters ranging from challenges to action sequences, all in 32 pages.  The adventure can be played in one epic session (4-6 hours) or easily divided into two to four shorter sessions.

This is a standalone Cortex adventure.  All the rules you need to play are included in the book.

The Dungeon Beneath Tour Toriel and the rest of the Ascent to Prime campaign is rated PG and E 10+ for fantasy violence.

The Dungeon Beneath Tour Toriel is the first adventure in the Ascent to Prime campaign, which teaches the mechanics of the Cortex Roleplaying Game using an epic megadungeon as its classroom.

The Dungeon focuses on the dice: not just the rich dice pool mechanics, but also a tour through Cortex's tests, contests, and action resolution subsystems.

The Dungeon Beneath Tour Toriel is only your first step into a vast, exciting world of adventure...

"I ran the first level of Ascent to Prime last night, and it was great! It fit almost perfectly into a four-hour slot, including food breaks, and the players had a blast. All four went from knowing nothing about Cortex to wanting to play again! It is, as the adventure warns, fairly brutal on their stresses - without SFX or Plot Points to cushion those blows, everyone made it to Injured d10 if not more over the course of the session. But I think if we were continuing to level 2 (this was just a one-shot, sadly) they'd probably feel super powerful and cool once they got access to those tools! I highly recommend it if you find yourself wanting to teach Cortex.”

Get this game and 4 more for $60.00 USD
Keystone Fantasy Roleplaying • Ascent to Prime Campaign Bundle
View bundle
Download NowName your own price

I really like the idea behind this. Does it teach the game only to players or also to the GM ? The previews seem player-centric but I do not know Cortex so not sure.

It's a "we all learn together" sort of deal.  Technically the GM could go in completely cold, but it'd be better if the GM read through the adventure before running it. 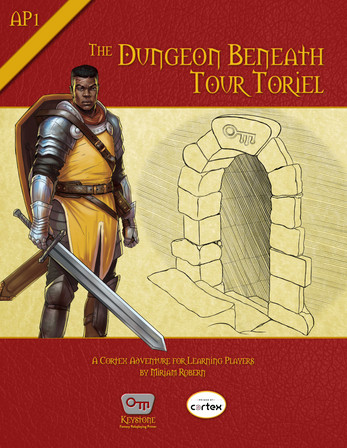 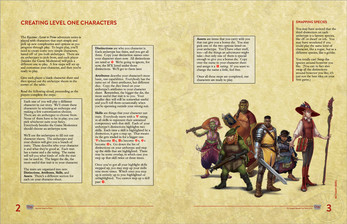 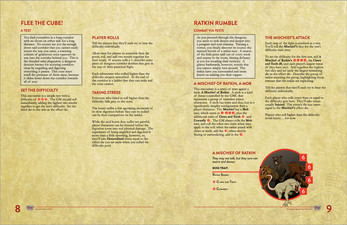